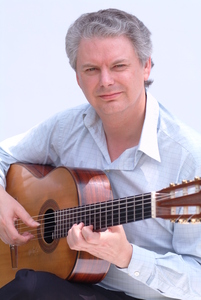 Mixed Solo Programme
A selection of arrangements and original compositions by a variety of composers, the content of which will alter frequently.

The Segovia Legacy
A programme featuring arrangements and original compositions by, or dedicated to, the Spanish guitarist Andrés Segovia (1893-1987) including works by Handel, Bach, Frescabaldi, Moreno-Torroba, Tansman, Segovia, Turina and Castelnuovo Tedesco.

The Contemporary Guitar
A programme of original works for the guitar by composers such as Falla, Berkeley, Lutoslawski, Biberian, Lauro, Brouwer, Britten and Theodorakis.

A Bach Recital
A selection of Suites, Sonatas and Partitas originally for violin, cello and lute arranged for guitar by Raymond Burley.