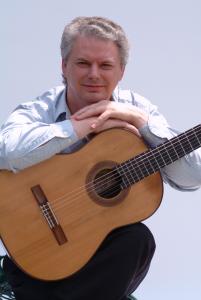 Raymond Burley is one of Britain's most experienced guitarists having performed solo concerts, concertos, on film scores, radio, and television and in virtually every possible guitar ensemble combination.

As a soloist he has toured extensively throughout the UK, Europe, the USA, South America, Canada and the Far East, and has appeared many times at London's Wigmore Hall, the South Bank Centre's Purcell Room, and Birmingham's Symphony Hall. Raymond has been featured on BBC Radio, and worked with many of England's foremost orchestras including the BBC Symphony, the Philharmonia, the English Chamber Orchestra and the Royal Philharmonic.

For several years he performed and broadcast with harpsichordist Stephen Bell; many established composers were enthusiastic about the combination and wrote works for the duo, helping to create a more substantial repertory. He now performs with harpsichordist Richard Leigh Harris. 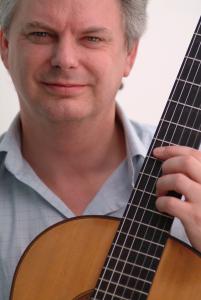 Between 1988-95 Raymond worked in a duo with American guitarist Alice Artzt and – based in New York City – he was also a member of the Alice Artzt Trio. He has also performed and recorded with mezzo-soprano Jacqueline Fox, worked in guitar duos with John Mills, Gilbert Biberian, Gregg Nestor, John Feeley and the jazz guitarist John Etheridge, flautists Chris Britton and Jennifer Stinton, steel string guitarist Clive Carroll and keyboard player Rick Wakeman; he is currently a member of the Rodrigo Guitar Trio. Shortly after its release, the trio's second CD, Danzas Fantasticas, was Henry Kelly's 'CD of the week' on Classic FM. This CD was released under the trio's former name, The New Pro Arte Guitar Trio. 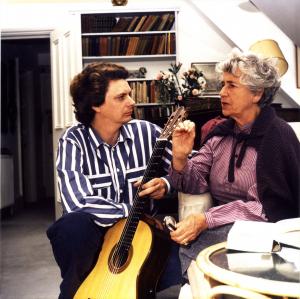 The most recent duo partnerships include Gordon Giltrap in the duo Double Vision, percussionist Keith Fairbairn and with virtuoso Portuguese violinist Emanuel Salvador


He is also in great demand as a teacher and has given master-classes and directed guitar workshops, festivals and summer schools throughout the UK and in Dublin, Vancouver, Ottawa, Toronto, Calgary, Seattle, San Francisco, Salt Lake City, Washington DC, New York, Princeton, Bremen, Bonn, Rotterdam and Lima.

Go to the Published Music pages for information about Raymond's many publications.

Raymond is a regular contributor to the bi monthly magazine Acoustic.

Raymond supports a number of charities including Amnesty International and the Duchess of Kent's musical charity Future Talent.

Many people have asked why Raymond Burley isn't featured more on Youtube - this will shortly be remedied with guitar duets by Carulli, Poulenc, Telemann, Brouwer, Ginastera, Mertz, Machado and Granados, played by Raymond and John Mills. There will be many other items (duets and solos) following shortly.
Tweet