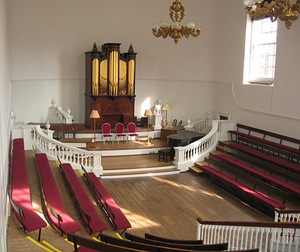 The duo released their first CD "Double Vision" in 2005 which received glowing reviews from the likes of Classical Guitar Magazine.


The Holywell Music Room is the oldest concert hall in Europe, built in 1742; Handel is among the many famous composers and musicians to have appeared here.