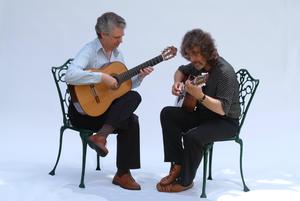 The duo released their first CD "Double Vision" in 2005 which received glowing reviews from the likes of Classical Guitar Magazine.