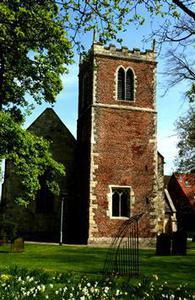 Soft Machine guitarist John Etheridge partnered the legendary Stephane Grappelli for many years and tours as a duo with the world's greatest classical guitarist, John Williams.

Best known for his hit singles Heartsong and Fear of the Dark in the late 1970s, Gordon Giltrap has gone on to become one of the UK's premier acoustic guitarists, working with amongst others, Martin Taylor and the London Symphony Orchestra.

Clive Carroll began his career touring with guitar maestro and mentor John Renbourn before teaming up with Australian superstar Tommy Emmanuel, whilst Raymond Burley has performed with many of the UK's most prestigious orchestras and conducts classical masterclasses around the world.


The National Centre for Early Music (NCEM) is an educational music charity based in St Margaret's, a medieval converted church in the heart of York. The church was converted in 2000, winning a variety of major conservation awards.