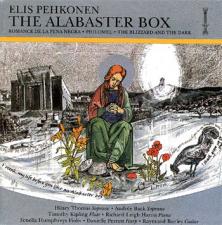 Elis Pehkonen, who is of Finnish extraction, was born in Swaffham, Norfolk in 1942. In 1960 he won a composition scholarship to the Royal College of Music where he studied with Peter Racine Fricker.

He has composed over 150 works spanning a career of 35 years, including recent major choral works Gloria and Ode to St. Cecilia published by Oxford University Press.

The works on this CD date from early 1980, with the exception of the Romance de la Pena Negra which was composed in 1990. All four pieces reflect the composer's commitment to writing expressive diatonic music.