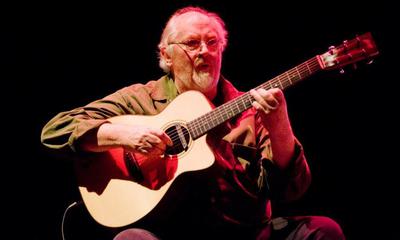 Last Thursday night I received a phone call from my good pal Gordon Giltrap informing me that the great steel string guitarist John Renbourn had died.

Although I never knew John well, our paths had crossed a few times. The last time I saw him was when we met up in an Indian restaurant in Cheltenham just prior to one of the last concerts given by Julian Bream. John reminded me that we had both played in the Wirral Festival a good few years ago. I had totally forgotten what I played there; he reminded me and, as far as I can remember, he was right. I was extremely impressed. Although John was never an influence on me in the way some other players had been I certainly respected what he did and how he did it. He'll be greatly missed.