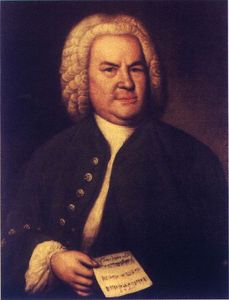 One of Raymond Burley's many projects for 2008 is to record the complete set of Sonatas and Partitas that Bach wrote for solo violin or, as he preferred: Six Solos for Violin Without Accompanying Bass. The work survives in a carefully prepared autograph manuscript dated 1720, which can be found in the Staatsbibliothek, Berlin. The cycle  remained unpublished in the composer's lifetime and seems not to have circulated widely until the end of the 18th century.

Much of the writing consists of implied harmonies; Bach's pupil Johann Friedrich Agricola recalled that the composer frequently played the pieces on the clavichord, adding as much harmony as he felt was necessary. Unfortunately for us his re-workings were never written down. However, there are some contemporary keyboard arrangements of the complete Sonata (BWV 1003) and the opening movement of the Sonata (BWV 1005), Grave; they are thought to have been made by Bach's eldest son, Wilhelm Friedemann. It can be presumed that Johann Sebastian sanctioned and approved these arrangements.

Just as the keyboard is able to add flesh to the bones of the violin score, so too is the guitar. Raymond has used the original versions as the basis for his guitar arrangements, incorporating some of Wilhelm Friedemann's ideas, and using them as a model for the remaining works.

The complete cycle is being recorded by Raymond Burley at the beginning of June and will be issued by the San Francisco based record company Con Brio. Raymond's arrangements, in six separate volumes, will eventually be available as part of the Mosaic Editions series.

'Some of the most imaginative Bach playing I've ever heard on the guitar.'
John Duarte